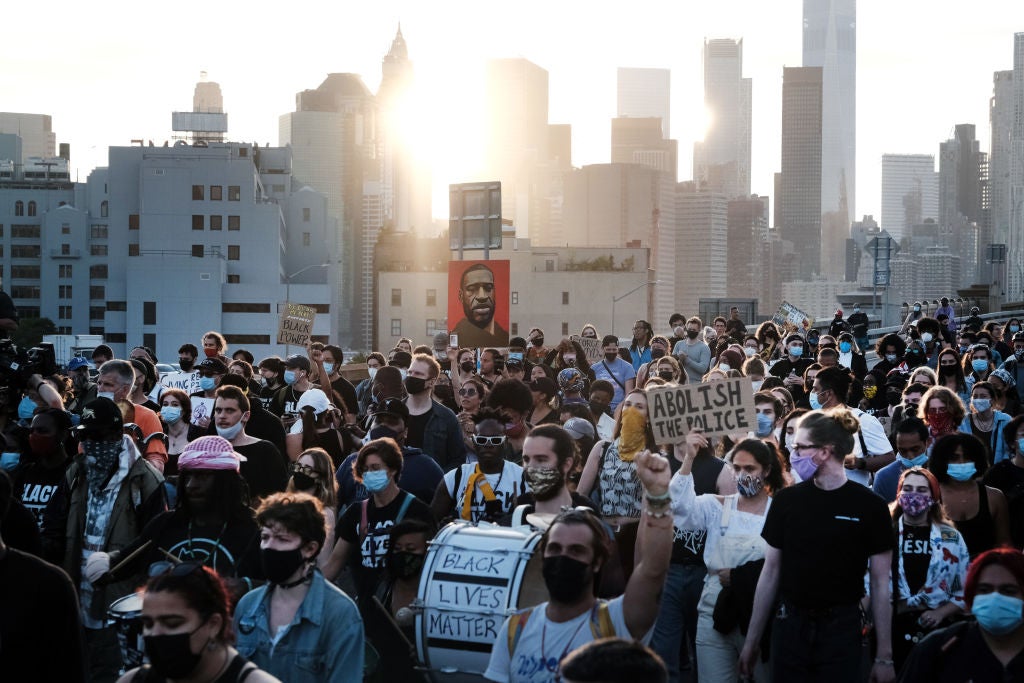 For the second year running, the relationship between Black and white adults in the US is at its worst in two decades, a poll has found.

Washington DC analytics firm Gallup published its research on Wednesday, stating that 57 per cent of American adults perceived race relations to be “somewhat” or “very” bad.

Forty two per cent of Americans said race relations between Black and white people were “somewhat” or “very” good.

Race relations have dropped two percentage points from last year when, following the killing of George Floyd on 25 May in 2020, 44 per cent of those surveyed said there were good relations between Black and white people.

There have been subsequent nationwide protests and calls for racial justice since last year’s Gallup race relations poll. More than 2,000 cities in the US saw demonstrations in support of Black Lives Matter and to honour those who died as a result of police brutality.

In 2001, 70 per cent of US adults rated Black-white relations in a positive light. “That changed after several high-profile killings of unarmed Black people by police officers around the US. These incidents precipitated the formation of multiple social justice movements that remain active today,” said Gallup in a follow-up on the survey.

This year’s race relations poll was conducted between 1 June and 5 July. On 25 June, Derek Chauvin was sentenced to 22 years and six months for the murder of Mr Floyd.

“While white Americans have typically been more likely than Black Americans to say race relations are good, at least slim majorities of both racial groups rated them positively until 2016,” stated Gallup.

But the future is positive, according to respondents, 57 per cent of whom think race relations could be improved. While 40 per cent were not so optimistic, and believe race relations in the US will always be a problem.

Poll reveals who Americans blame for the Delta variant