The flummoxed presenter, 47, got diminutive Scottish singer Somerville mixed up with the disgraced DJ while reading fan tributes to Soft Cell star Marc Almond on The Zoe Ball Breakfast Show.

Relaying one particular message, he announced: ‘Love Marc Almond! Great voice, so unique, his music has helped me through some dark days. I saw him at Pride, and I think I was the first one at Hyde Park to run down and wait for him at the front. He’s amazing. 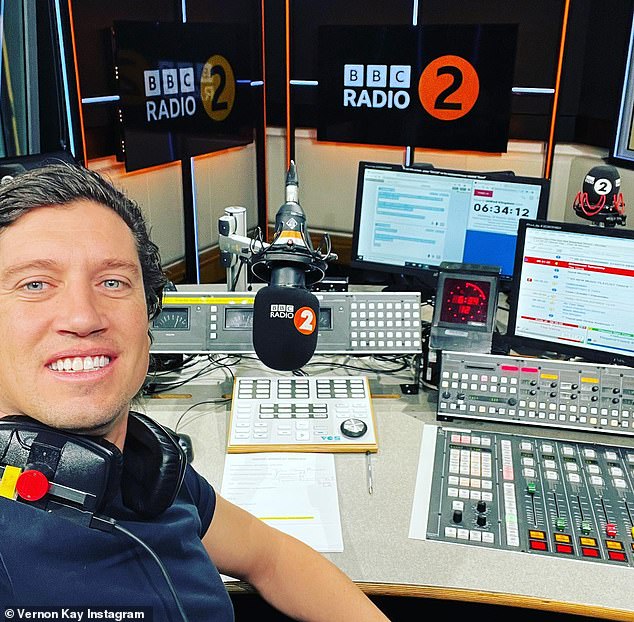 Kay’s gaffe was greeted by audible peels of laughter from the gallery as the red-faced stand-in host attempted to redeem himself in front of 80s legend Almond, quickly adding: ‘That’s a clip that we don’t want to ever hear again.’

Jimmy Somerville enjoyed a string of hits with pioneering synth pop band Bronski Beat before leaving to form The Communards, best known for their cover of Harold Melvin & the Blue Notes song Don’t Leave Me This Way.

His collaboration with Almond – a cover version of Donna Summer disco classic I Feel Love – was released in 1985.

Conversely Savile – a much loved DJ, presenter and philanthropist in life – was posthumously exposed as a serial sexual predator following his death in 2011.

A BBC-led inquiry into his actions found he had molested at least 72 children, some as young as eight, over a four decade campaign of sexual abuse.

His horrific reign of abuse could be charted ‘in the corridors, canteens, staircases and dressing rooms of every BBC premises’, their 2016 report found. 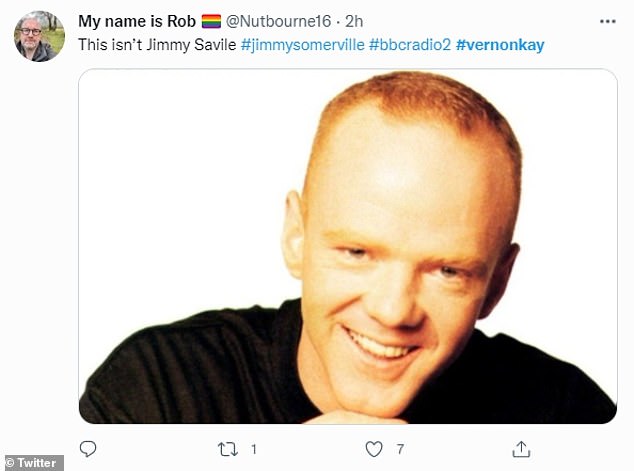 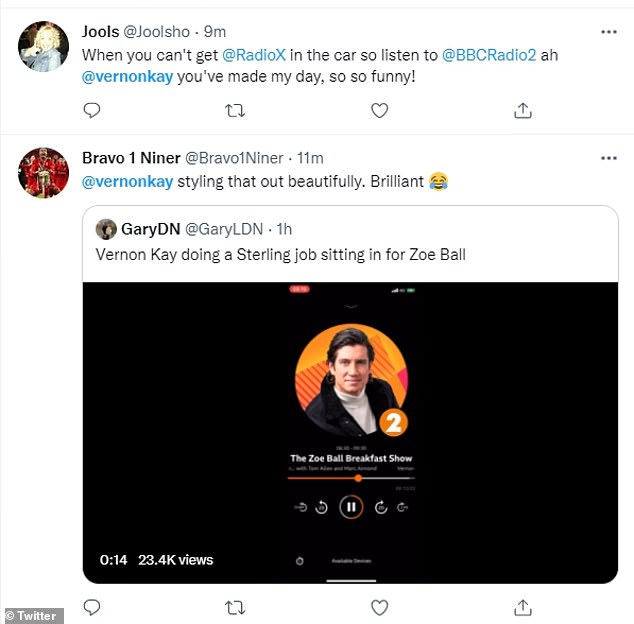 Embarrassing: Taking to Twitter, fans were quick to highlight Kay’s unfortunate slip of the tongue as he attempted to swiftly move on from the gaffe

Taking to Twitter, fans were quick to highlight Kay’s unfortunate slip of the tongue as he attempted to swiftly move on from the gaffe.

Sharing a profile shot of Jimmy Somerville, one wrote:  ‘This isn’t Jimmy Savile.’

A second added: ‘Heard this while driving, made me cry laughing.’

Adopting Savile’s famous catchphrase a third joked: ‘Now then now then let’s not laugh at Vernon… that was the funniest thing ever.’

Share
Facebook
Twitter
Pinterest
WhatsApp
Previous articleFlight 5735 pilot ‘may have regained consciousness’ before crash, aviation expert says
Next articleIsrael is the only Western holdout for Putin – why Jerusalem is coy on following the West
RELATED ARTICLES
Tv & Show