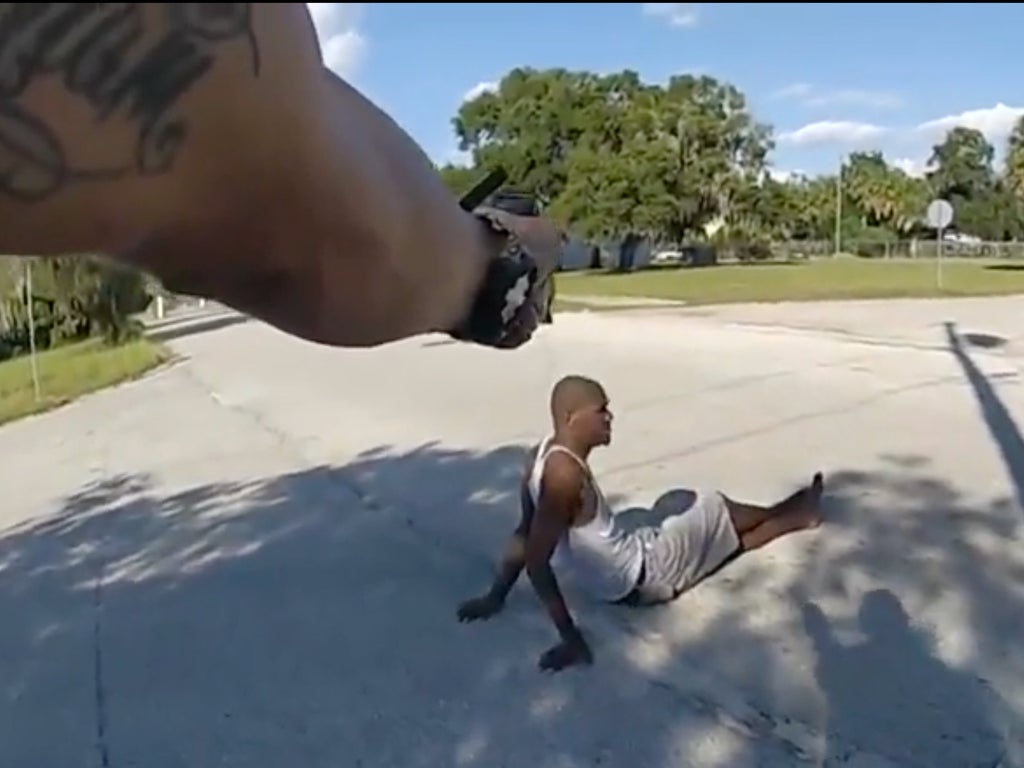 A man who cannot speak and has autism was tased by police in Eustis, Florida, in what has been described by his family as their “worst nightmare”.

Officers had been called to an address in Eustis with a report of a burglary, and a man matching Mr Grahai’s description walking in the area, barefooted.

A woman told dispatchers that he had been “slamming” her door and she “heard the knob on the door shaking”, however there was no arrest made.

His family told WESH News in Orlando that it was unusual for him to wander so far from home, because he allegedly has a mental capacity on par with a four-year-old’s.

His mother, Roberta Costa, accused police of failing to adequately deal with her son, who has been diagnosed with severe autism and cannot speak.

“He don’t speak. I can’t imagine. He can’t even holler out and cry to tell you you’re hurting him,” Ms Crew said of her son, who is six foot tall and wears diapers.

“If he didn’t went down when you tell him to. What is the next thing you’re going to to? Shoot him. That’s my worst nightmare, something happening to him.”

Craig Capri, the chief of Eustis Police Department, said his department released the body camera footage to show “their side of the story”, and what he said was a “perfect storm”.

“De-escalation was used here, based on the knowledge they had at the time,” he said. “Had they’d known this was a severely autistic person, I doubt any force would have been used.

“I think they did everything right. It could have been a lot worse. Thank god it wasn’t.”

Ms Crew said her son suffered injuries to his neck and had a bleeding ear. He was transferred to hospital but has since been released with a neck brace.

According to USA Today, no law enforcement agency collects data on how many people are injured or killed by tasers despite controversy about the device.