Washington is now seeing its biggest tuberculosis outbreak in two decades after a spate of cases in its prison system.

Department of Health officials have detected 17 cases at ‘several’ facilities so far, including Stafford Creek Corrections Center about 100 miles outside Seattle.

Further testing is being carried out on staff and inmates, with disease experts warning more cases could be spotted in the coming days.

Washington has detected 70 tuberculosis (TB) cases so far this year. In 2021 it recorded 199, which was up 22 per cent on the previous year.

TB is spread through coughs and sneezes similar to Covid, but unlike the pandemic virus infected people must be near others for around eight hours to pass it on.

Treatment can take up to six months to complete, and normally involves giving a patient several different antibiotics. 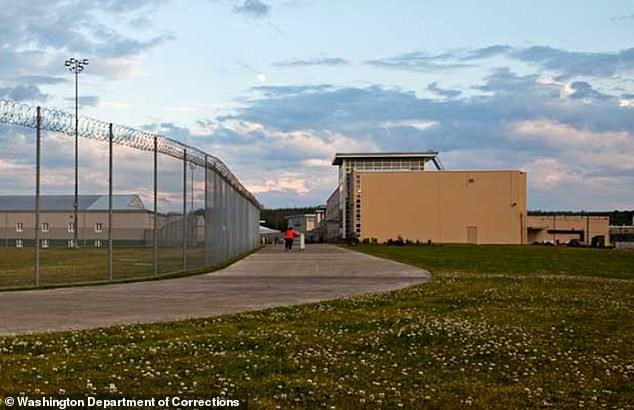 Washington state has spotted 17 cases so far at ‘several’ facilities including Stafford Creek Corrections (pictured), about 100 miles outside Seattle

Dr Marc Stern, an infectious diseases expert at Washington University who used to work in prisons, told DailyMail.com the cases gave him ‘goosebumps’.

‘Not only are you worried about people who have the infection, but once one person has it there is always a risk others do too,’ he said.

He warned the cases may have entered the prisons if an inmate had a dormant infection which then became active, or if someone was incarcerated after travelling from abroad.

Tuberculosis (TB) is a bacterial infection spread between people by coughing and sneezing.

The infection usually affects the lungs but the bacteria can cause problems in any part of the body, including the abdomen, glands, bones and the nervous system.

TB infection causes symptoms like fever, coughing, night sweats, weight loss, tiredness and fatigue, a loss of appetite and swellings in the neck.

If the immune system fails to contain TB bacteria the infection can take weeks or months to take hold and produce symptoms, and if it is left untreated it can be fatal.

TB is most common in less developed countries in Sub-Saharan and west Africa, southeast Asia, Russia, China and South America.

Asked whether there could be more cases, he said this was likely because the investigation was ongoing.

The virus can lie dormant for years, but can be re-activated if someone becomes immune-compromised. It is unlikely that stress can trigger this.

Stern suggested it was unlikely the cases in the prison would spill into the community because of testing requirements.

‘Typically, in the jail or prison before somebody is sent back to the community there is some kind of examination to make sure the re-entry is safe and organized,’ he said.

‘In the course of that, hopefully, if someone were coughing you’d suspect they might have an infection and catch it before they are released.’

Inmates are routinely swabbed for diseases such as tuberculosis before they are admitted, although this can sometimes miss cases.

Dr Tao Sheng Kwan-Gett, the chief science officer in Washington, said: ‘It’s been 20 years since we saw a cluster of TB cases like this.

‘The pandemic has likely contributed to the rise in cases and the outbreak in at least one correctional facility.

‘Increased access to TB testing and treatment in the community is going to be key to getting TB under control.’

The U.S. has seen its TB cases decline since the early 1990s, with the latest data for 2020 showing infections hit a record low of 7,174 nationally.

But health chiefs in Washington say their state is bucking the trend, with cases there rising last year compared to the previous 12-month period.

People who catch the disease tend not to experience symptoms for at least a week.

But later they may start suffering from a fever, coughing, night sweats, weight loss, tiredness, fatigue, a loss of appetite and swelling in the neck.

The disease mainly attacks the lungs, and in those who do not seek treatment it can progress into a severe illness.