Watchdog Ofcom praises us after phone shake-up put on hold

Telecoms regulator Ofcom has praised The Mail on Sunday for raising the alarm about serious flaws in the planned rollout of digital home phones.

The digital revolution could now be shelved after the MoS warned how vulnerable people faced having their landlines cut off. BT has been forced into a humiliating U-turn following our report in November about inherent problems in its rollout of broadband internet lines that households would use to make home phone calls.

The new digital technology requires users to plug their phone into an electricity supply and internet socket rather than relying on the traditional phone socket alone. So if there is a power cut the phone stops working – and you are not able to ring anyone in an emergency. 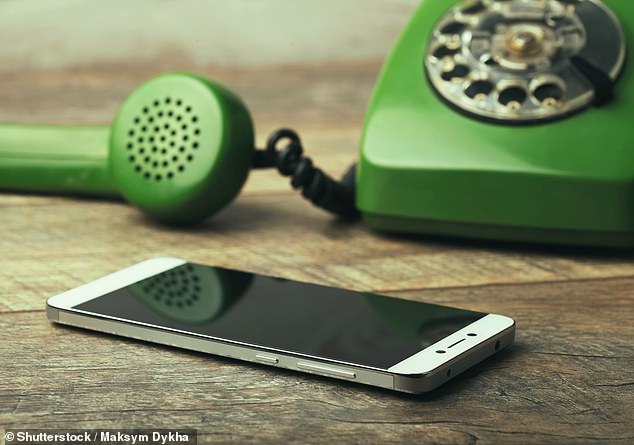 The future?: The digital revolution could now be shelved after we warned how vulnerable people faced having their landlines cut off

BT’s plan to get ten million customers on to its ‘digital voice’ service by 2025 have been ‘paused’ – with many believing it may now get axed altogether. This newspaper was the first to highlight the potential crisis, despite BT claiming it had ‘put precautions in place’.

Telecoms regulator Ofcom believes BT has not done enough to help the vulnerable. It says: ‘As was highlighted by The Mail on Sunday, many customers were unaware of the digital change. Communications have to be made clear about how landlines might not work during a power cut.

‘We expect support to be in place for vulnerable customers to ensure they have a back-up.’

Sadly, our warnings were realised when thousands of people had their phones lines cut off during power blackouts caused by storms earlier this year – as the digital line phones must be hooked up to an electricity supply to work. In addition, 1.5million homes do not have internet access so cannot yet use the technology. Moreover, a BT suggestion to use a mobile phone in case of a power cut offers cold comfort to the six million people who do not own one.

Geva Blackett is an independent councillor in Aberdeenshire, an area badly affected by the February storms. She says: ‘This rollout is fundamentally flawed. BT does not seem to realise how many people live in rural areas without any mobile phone reception. This means that if there is a power cut, they can be totally isolated. Unless BT can fix this problem, the rollout should not continue.’

Telecoms companies want to move all 29million home phones off copper lines on to fibre ones by 2025 because traditional landlines are expensive to maintain. BT has offered customers a battery back-up in the event of internet access being lost, But it only lasts an hour. Blackett says this is as much use as ‘a chocolate fireguard’ for storm-hit homes in a power cut.

BT is working on rolling out longerl-asting phone battery backups that can last for up to six hours – but some homes were cut off for several days by Storm Eunice. It says it also hopes to introduce a hybrid phone that switches to a mobile network signal if the internet connection dies. So far, two million BT customers have switched to digital.

Meanwhile, other phone companies, such as Virgin Media, are continuing to roll out digital landlines. Virgin has about five million customers and is believed to be a quarter of the way through its digital programme. It says: ‘Phone access is vital and we have phones with SIM cards that, if necessary, can be used in a power cut as they can use mobile signals. We can also provide battery back-up lasting for an hour. We do not expect the average power cut to last longer than this.’

Chris Howe, BT customer care director, admits: ‘We underestimated the impact this technology upgrade would have on certain customer groups. This is a temporary pause – we have not turned the programme off. We hope to resume the rollout once we have the right products and solutions in place to support the vulnerable.’

Most users have not noticed any loss of sound quality from the switch to digital technology, but it requires a handset that plugs into an internet router socket. Many old phones must be plugged into a router with an adapter supplied for free from a provider to continue working. Otherwise a new phone is required.

Even homes that still use copper wires, rather than fibre, for phone and internet connections could be adapted on to digital lines. Thankfully, phone numbers should not change if moved to a digital system and the cost of phone bills should also remain about the same.