John Redwood calls for ‘common sense’ from Johnson and Sunak

Sir John Redwood has hit out at the government’s failure to show the country “some Brexit wins”, highlighting the UK’s energy crisis, the need for more freeports, and a damaging National Insurance hike.

The MP for Wokingham in Berkshire said: “If the government will not even take VAT off energy-saving products to help the energy bill crisis it implies we have not taken back control of our tax system.

“We want to see some Brexit wins with less VAT, Freeports with lower taxes and the end of the National Insurance rise.”

The prospect of the added costs triggered widespread outcry, leading to Chancellor Rishi Sunak unveiling £150 council tax rebates for homes in bands A to D and plans to offer a £200 discount on bills.

His move, however, has been labelled a “buy now pay later scheme that loads up costs for tomorrow”, as per Shadow Chancellor Rachel Reeves. 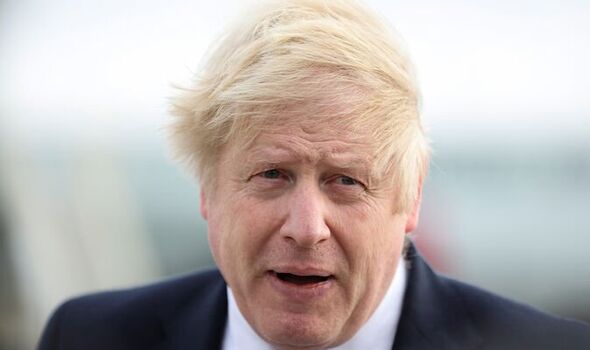 The Prime Minister has been urged to show the country ‘some Brexit wins’ (Image: Getty)

Sir John had previously urged the government to reduce VAT on energy in line with the UK’s low-carbon and renewable energy goals: “A no-brainer dividend, which I would have thought the Chancellor would have done by now, would be to take VAT off the solar panels and draft excluders and boiler controls and all those other green products.

“We are urging everybody to be green but it’s still taxing them and we weren’t allowed to take the tax off when we’re in the EU because it was VAT.”

In May 2016, during the last push to get voters to say yes to Brexit, Boris Johnson and Michael Gove told the nation, writing in The Sun, “fuel bills will be lower for everyone” if the UK left the European Union.

Not only have fuel bills risen for everyone, but other costs are going up for Britons, too.

In April, National Insurance payments are increasing, with employees, employers and the self-employed all to pay 1.25p more in the pound in a measure that it is feared will have a toll on the lower-paid.

What the National Insurance hike means according to your salary (Image: Daily Express)

Later, from April 2023, National Insurance will return to its current rate and the extra tax will be collected as a new Health and Social Care Levy which, unlike National Insurance, will also be paid by state pensioners who are still working.

According to the government, this is to fund social care in England and help the NHS recover from the effects of the coronavirus pandemic.

It will see those earning more than £12,875 a year pay considerably more each year.

Meanwhile, the UK’s freeport project, which was presented as one of the main economic benefits of Brexit, is taking longer to see fruition than some had hoped for.

Yet, eight freeports were confirmed last year in England, with businesses based inside the sites to benefit from tax breaks including no stamp duty, full rebates for construction and machinery investment, five years of zero business rates, and lower tariffs and customs obligations.

The Prime Minister has dubbed freeports a key element in his “levelling up” plans, which aim to close the gap between rich and poor areas – the main Conservative pledge at the 2019 general election.

While they are intended to revive deprived areas they have also been blamed for encouraging tax avoidance and lower regulation.

In Scotland, the SNP-led government has long resisted the idea of freeports. However, an adjusted deal to build “green freeports” has been reached this month.

Following the model of freeports, they will be based around low-emission industries and fair work practices.

Mr Johnson, speaking of their “truly transformational” power, said: “Freeports will help to accelerate our plan to level up communities across the whole of the United Kingdom.”

But Ian Murray, the Shadow Scottish Secretary, said: “This agreement was delayed for months because the two governments disagreed over the name.

“If we are to achieve our net-zero ambitions, we need to forget the arguments of the past and work together to build a greener and fairer future for everyone.”