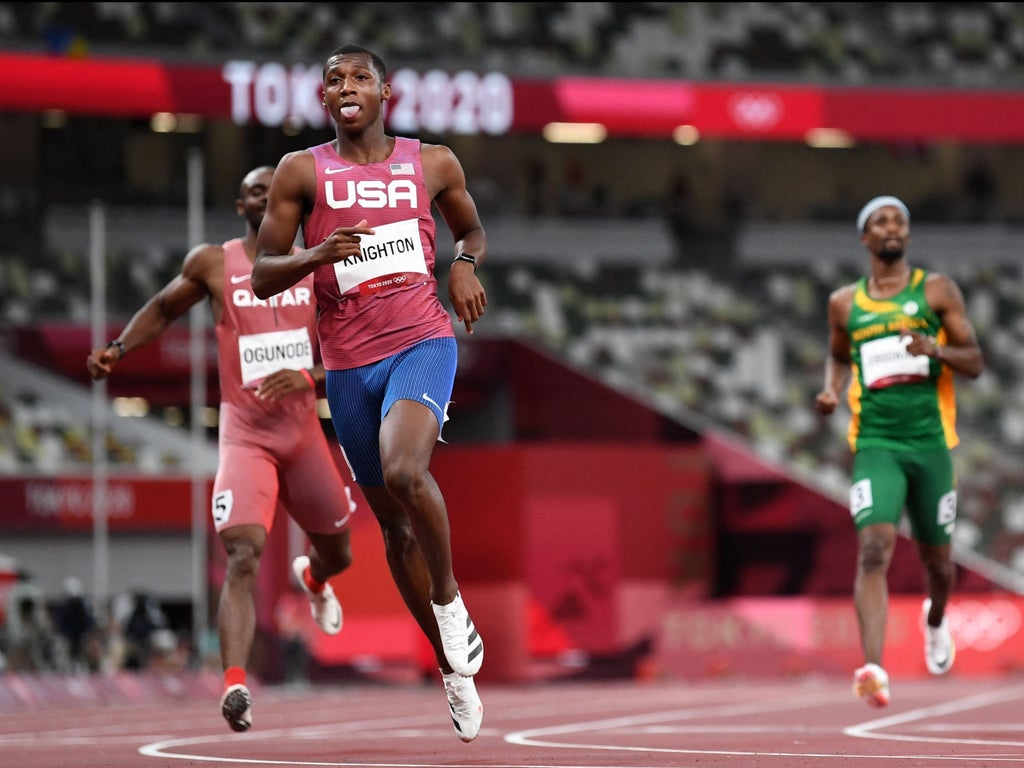 He is still a high school student in Florida, but Erriyon Knighton is making Olympic history in Tokyo.

For the 17-year-old sprinter has become the youngest athlete to make the 200m final for 37 years.

Knighton is also the youngest member of the current Olympic track and field team, and the youngest male track star at the games since Jim Ryun in 1964.

It has been an amazing year on the track for Knighton.

In May he broke Usain Bolt’s under-18 record in the 200m, and also beat the retired Jamaican champion’s under-20 record in June.

The amazing part is that Knighton only began running three years ago when his high school football coach in Tampa, Florida, asked him to join the track team.

In 2020 Knighton gave up his high school and college eligibility when he signed a six-figure sponsorship deal with Adidas.

“He’s a quiet, normal, regular high school kid,” his friend Nigel Richardson told The New York Times. “And he cares about people. He would never want to see nobody down.”

Knighton made the final by winning his heat in a time of 20.02 seconds.

An American has not won the 200m gold since the 2004 Olympics, when Shawn Crawford took the top spot.

Knighton’s high school coach has told the media that what he is doing at such a tender age is hard to fathom.

“He has so much untapped talent. We haven’t even touched the surface yet,” said Jonathan Terry.

“He’s 17 years old so we’re thinking about when you’re 25 years old, your second Olympics, you’re going to do something special, especially being compared to the great Usain Bolt.”