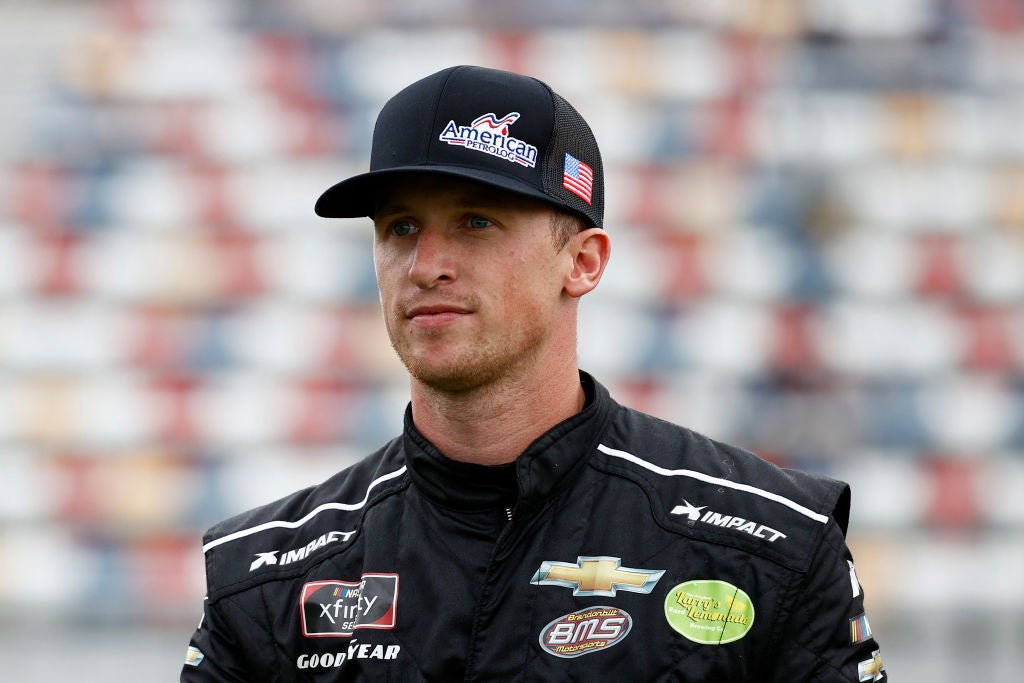 The phrase ‘Let’s Go Brandon’ has become an anti-Biden war cry, after a reporter mistakenly thought a NASCAR race crowd was shouting “Let’s Go Brandon”, instead of “f**k Joe Biden”.

“As you can hear the chants from the crowd, ‘let’s go Brandon’,” said NBC reporter Kelli Stavast, who was interviewing driver Brandon Brown after his race win at Alabama’s Talladega Superspeedway at the beginning of October. In the footage, fans can clearly be heard shouting a vulgar chant about the president.

The video of the awkward moment went viral, and the censorship-friendly chant has since been adopted by Donald Trump fans.

The meme has spread like wildfire on social media and is trending under “travel” following the news that Southwest Airlines was cancelling lots of flights, with the implication that Biden’s vaccine mandate is to blame.

The phrase is also being chanted at football games, has been printed on T-shirts, bumper stickers, hats, and is being sold in pro-Trump shops. It’s also been printed on billboards around the country. “Let’s Go Brandon” was even seen on a banner pulled by a plane at Trump’s Iowa State Fairgrounds rally on Saturday.

A “Let’s go Brandon” rap song was posted on TikTok and YouTube on Sunday night, and has already clocked up more than 100,000 views. Nascar initially posted the video on its Twitter account, but later deleted it.

The insult to Biden also snubs the “liberal media” – the blip is being used as an example by Trump supporters of how certain outlets bend the truth. “The reporter just lies,” said one user under the viral video. “Oh the liberal media,” posts another under the footage.

Virginia gives Democrats a test of Black turnout before 2022

What's in, and what's out, as Democrats trim Biden bill