Why boys have it tougher growing up: Sophie Ellis-Bextor (who has five of them) says changes in society have triggered a ‘clunky’ shift in ‘traditional way of raising a young man’

By Katie Hind Showbusiness Editor For The Mail On Sunday

As a mother of five sons, Sophie Ellis-Bextor is an expert on the anxieties of modern parenting and believes that growing up is harder for boys than girls.

Speaking about her fears as a parent, the singer said changes in society have triggered a shift in traditional male behaviour, with young men now expected to navigate issues such as consent with greater empathy and humility.

Asked by TV presenter Lorraine Kelly if life was now more difficult for young men, the 43-year-old replied: ‘I think there’s been a bit of a clunky shift in the old traditional way of raising a young man. 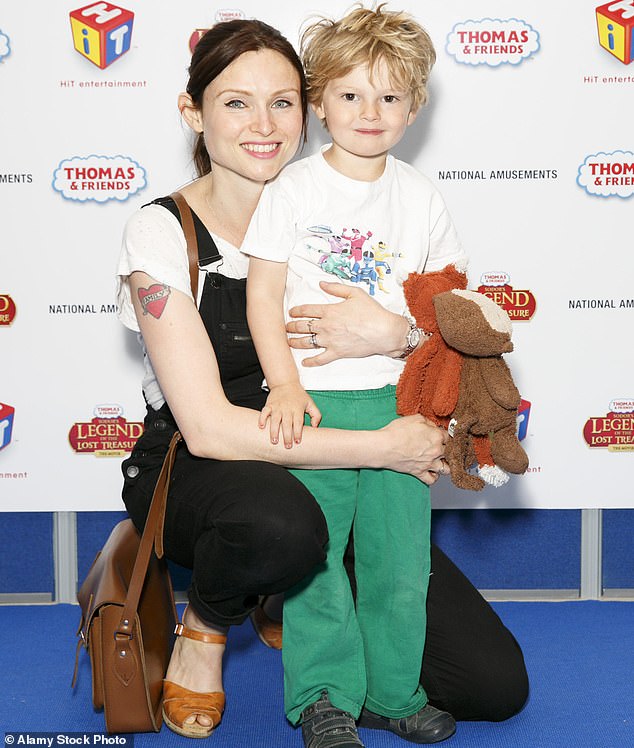 As a mother of five sons, Sophie Ellis-Bextor (pictured with her son Ray in 2015) is an expert on the anxieties of modern parenting and believes that growing up is harder for boys than girls

‘The way now is a lot more beneficial for long-term mental health and having kind, decent people.’

Ms Ellis-Bextor, who is mother to Sonny, 17, Kit, 13, Ray, nine, Jesse, six, and three-year-old Mickey, also revealed that she has sought expert help through lectures and talks.

‘I’m not worried about them in the long term,’ she said of her boys. ‘It’s not unusual for me to say to them, “Look, you’re now, let’s say 12, you’ve got six years of me helping you with all this stuff and then you’re on your own, but I’m not going to let up. I’m determined that you’re going to get your head around common decency, issues of consent, how to rub alongside other people and be a decent contributor and aware of other people. I’ll do my best – it’s a long game.”’

The singer, who had six top ten hits and is the daughter of Blue Peter presenter Janet Ellis, also stressed the importance of kindness – particularly when her sons fight and argue. 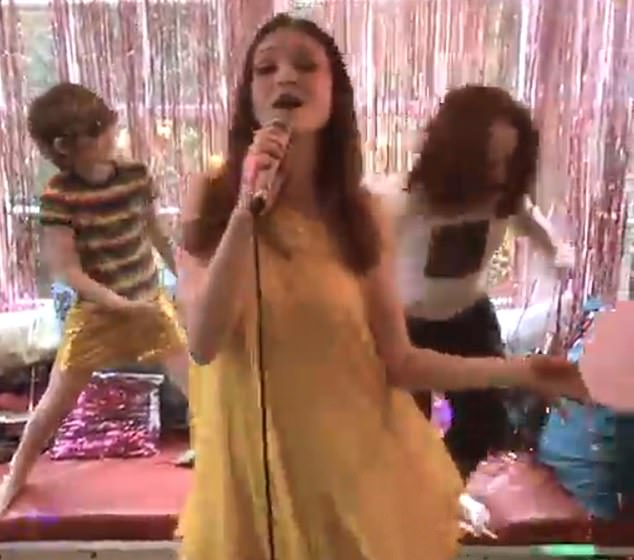 During lockdown she was celebrated for her Instagram ‘Kitchen Disco’ performances, which featured her and her family dancing

Asked if her children with husband Richard Jones get on, she replied: ‘No, not all the time. They’re definitely siblings, you know. There’s lots of winding up that goes on. There’s a bit of a school of hard knocks element, but I am really hot on kindness so I pull them up on that stuff.’

During lockdown she was celebrated for her Instagram ‘Kitchen Disco’ performances, which featured her and her family dancing.

She joked they may prove useful to the boys when they are older, saying: ‘They can release their autobiographies: the true story of how we were forced to do Kitchen Discos. My mother used to heat the floor so we had to keep dancing.’