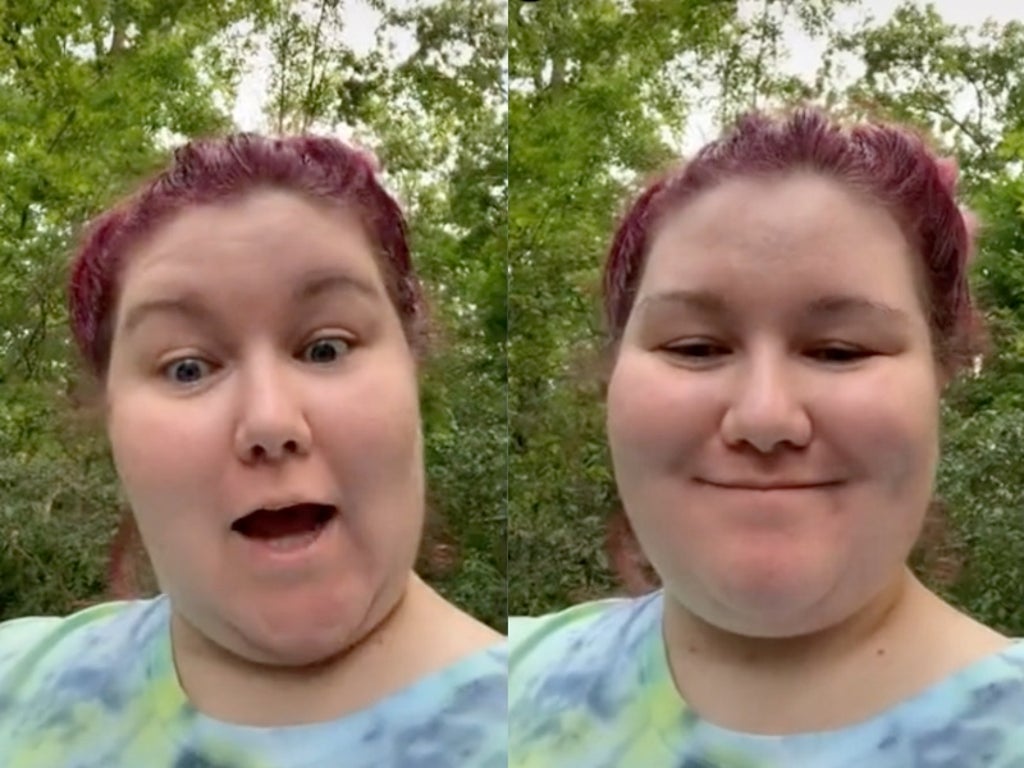 A woman has called out the double standard that occurs when people share “what I eat in a day” videos on social media, while claiming that it reinforces “thin privilege [and] fatphobia”.

Earlier this month, Marissa Matthews, who goes by the username @sheismarissamatthewss on TikTok, where she frequently shares what she eats in a day as well as cooking tutorial videos, addressed the double standard while duetting another TikTok user’s video.

In the clip, which Matthews created in response to Gal Akbari, who goes by the username @q.gal and who shared what she eats in a day at McDonald’s, which included various fast food sandwiches, the TikTok user asked her followers whether they remembered when she was criticised for using three eggs in her breakfast “instead of two”.

“Do y’all remember when people got upset that I put three scrambled eggs instead of two into my breakfast hash that I ate? And people went wild about it?” Matthews asked. “Thin privilege, fat phobia. You’re welcome.”

In another video posted in response to the same TikTok by Akbari, Matthews also reminded her followers of another time when she was harassed for using an “appropriate amount of olive oil”.

“Do you guys remember that other time when I was minding my own business and just making some food to eat, just like every other person does in the entire world, but then I posted it, which I’m not allowed to do as a fat person,” Matthews said. “And then, people went wild that I used an appropriate amount of olive oil on my fish. Do you remember that?

“That is fatphobia and that is thin privilege,” Matthews concluded. “Because fat people are not seen the same way as thin people in society.”

Matthews’ initial video has since gone viral on TikTok, where it has been viewed more than 1.7m times, and where it has sparked a conversation about the trend of sharing what one eats in a day and fatphobia.

“It’s almost as if weight isn’t an indicator of health and these people really don’t care about yours. (For real though, put as many eggs as you want in)” one person commented, prompting Matthews to respond: “People are so brainwashed by diet culture it’s sad.”

Another person said: “Society acts like a thin person can’t be unhealthy and can eat anything but the moment a bigger person eats a cheeseburger people start hating.”

Others were concerned by the interest in the trend, with someone else writing: “What shocks me is why people are obsessed with what other people eat.”

The trend was previously condemned by dietician Samantha Cassetty, who wrote in an article for Today about the various reasons why the videos can be harmful. According to Cassetty, what I eat in a day videos often perpetuate unrealistic body ideals, can lead to “undue worry and stress around the healthfulness of your own eating habits,” and can trigger disordered eating among viewers.

Matthews’ video also prompted critical responses from some viewers, who accused her of “shaming” Akbari by duetting the video and calling out the double standard.

“Shaming someone else for posting about their meals isn’t going to cure your own trauma from when people did that to you,” the viewer wrote.

In response to the comment, Matthews defended herself and claimed the commenter had proved her “point,” writing: “Quote me where I shamed her. Oh wait, you can’t. You are literally proving my point. Me talking about thin privilege is not shaming anyone.”

Is a London-based NFL franchise still just a dream?

The worst-off of Istanbul: Pakistani and Afghan waste paper collectors