How HIBERNATING for eight months could help us pause the clock: Yellow-bellied marmots can virtually halt the ageing process during their hibernations from September to May each year

By Fiona Jackson For Mailonline

Yellow-bellied marmots have been found to virtually stop the ageing process while hibernating for up to eight months of the year.

Researchers from University of California, Los Angeles (UCLA) discovered that the biological ageing of the large ground squirrels was stalled during their dormant period.

The scientists tracked the ‘epigenetic changes’ – chemical modifications that occur to DNA – in blood samples taken from 73 female marmots over the age of two.

During hibernation, the 13lbs (6kg) animals only burn a single gram of fat each day and turn themselves into ‘fuzzy, cold rocks’, according to Professor Daniel Blumstein, who advised on the study.

Based on the findings, the researchers suggest that there may be biological advantages to humans adopting hibernation conditions, for example, during long-term space missions or when preserving organs for transplantation. 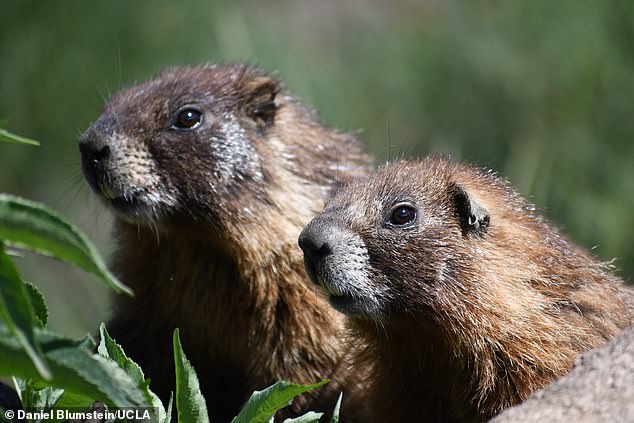 Blood samples taken from yellow-bellied marmots in Colorado found that the animals virtually halt the ageing process while hibernating, and is thought to be the secret to their long lifespan 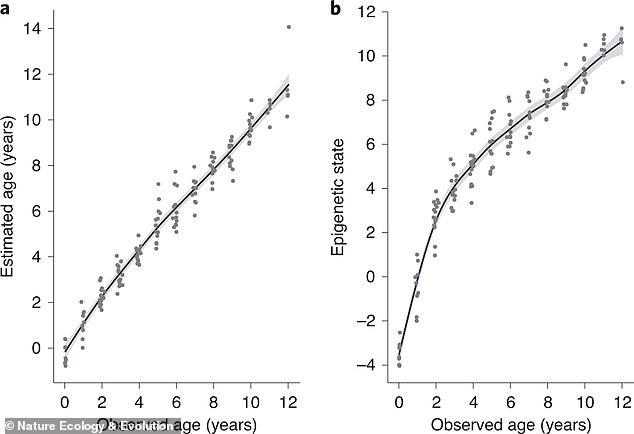 The scientists tracked the ‘epigenetic changes’ – chemical modifications that occur to DNA – in blood samples taken from 73 female marmots over the age of two. During hibernation, the 13lbs (6kg) animals only burn a single gram of fat each day and turn themselves into ‘fuzzy, cold rocks’, according to Professor Daniel Blumstein, who advised on the study

What are yellow-bellied marmots?

Yellow-bellied marmots (Marmota flaviventris) are one of the 14 recognized species of marmots – cat-sized, ground squirrels found throughout the Northern Hemisphere.

The yellow-bellied marmot is widely distributed through the Rocky Mountains, the Intermountain West and the Sierra Nevada and White Mountains in California.

At this point, it’s neither threatened nor endangered and thus makes a good species for detailed study of its population biology and behaviour.

Blood samples were taken every two weeks for over 14 summer seasons at the Rocky Mountain Biological Laboratory in Colorado, when the animals are active above ground.

From the data the scientists created a statistical model that allowed them to estimate what happens during their annual hibernation from September to May.

During the winter months the animals go through periods where their breathing slows and they lower their body temperature, which resultingly increases their metabolism.

‘We found that the epigenetic age of marmots increases during the active season, stops during hibernation and continues to increase in the next active season.’

Yellow-bellied marmots can live for up to 15 years, and researchers said this process helps explain why their average life span is longer than would be expected from their body weight.

Small mammals go through periods of metabolic suppression that last up to two weeks in order to survive cold temperatures and when food is limited. 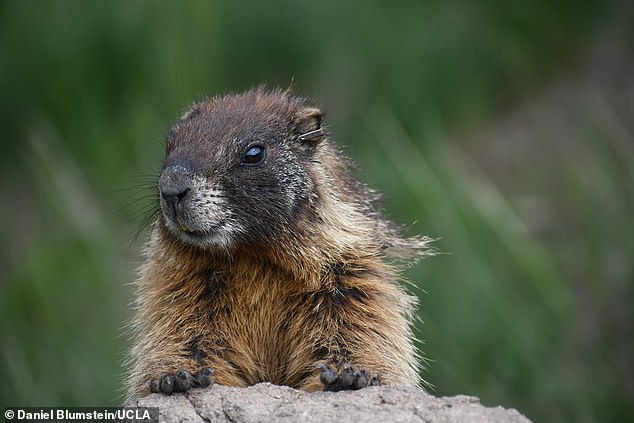 During hibernation marmots only burn a single gram of fat each day and turn themselves into ‘fuzzy, cold rocks’ by slowing their breathing and lowering their body temperature

This alternates with shorter periods of increased metabolism, which generally last less than a day.

They use a miniscule amount of energy, burning only about a single gram of fat each day, allowing them to save energy and survive long periods without food.

During their active summer season, marmots eat double their weight in food so that they have sufficient fat to survive the next hibernation period.

The research team found these practices contribute to the marmots’ youthfulness, and is likely to also occur in other hibernating mammals.

Blumstein, a professor of ecology and evolutionary biology, said: ‘The fact that we are able to detect this reduced ageing during hibernation in a wild population means the effect of hibernation on slowing ageing is really strong.

‘This study was possible only because we had access to blood samples from free-living animals whose ages are known.

‘Not many wild populations have detailed information about individual chronological age, and this reinforces the importance of long-term field projects.’

Pinho added: ‘This study is the closest scientists have gotten to showing that biological processes involved in hibernation are important contributors to their longer-than-expected life span based on their body weight.’

In a promising step towards eternal youth, scientists have reversed the ageing process in middle-aged and elderly mice using a cellular ‘rejuvenation’ technique.

After injecting these molecules into mice of various ages, the animals’ kidneys and skin showed promising signs of rejuvenation, while their skin cells had a greater ability to proliferate and were less likely to form permanent scars.

Researchers say their ‘safe’ treatment could one day help humans wind back their biological clock, lowering risks of cardiovascular disease and cancer.

According to the findings, a treatment period of seven to 10 months may be required to stave off the unwanted side effects of ageing.

Don't send children with SORE THROATS to school, parents are told amid Strep A outbreak